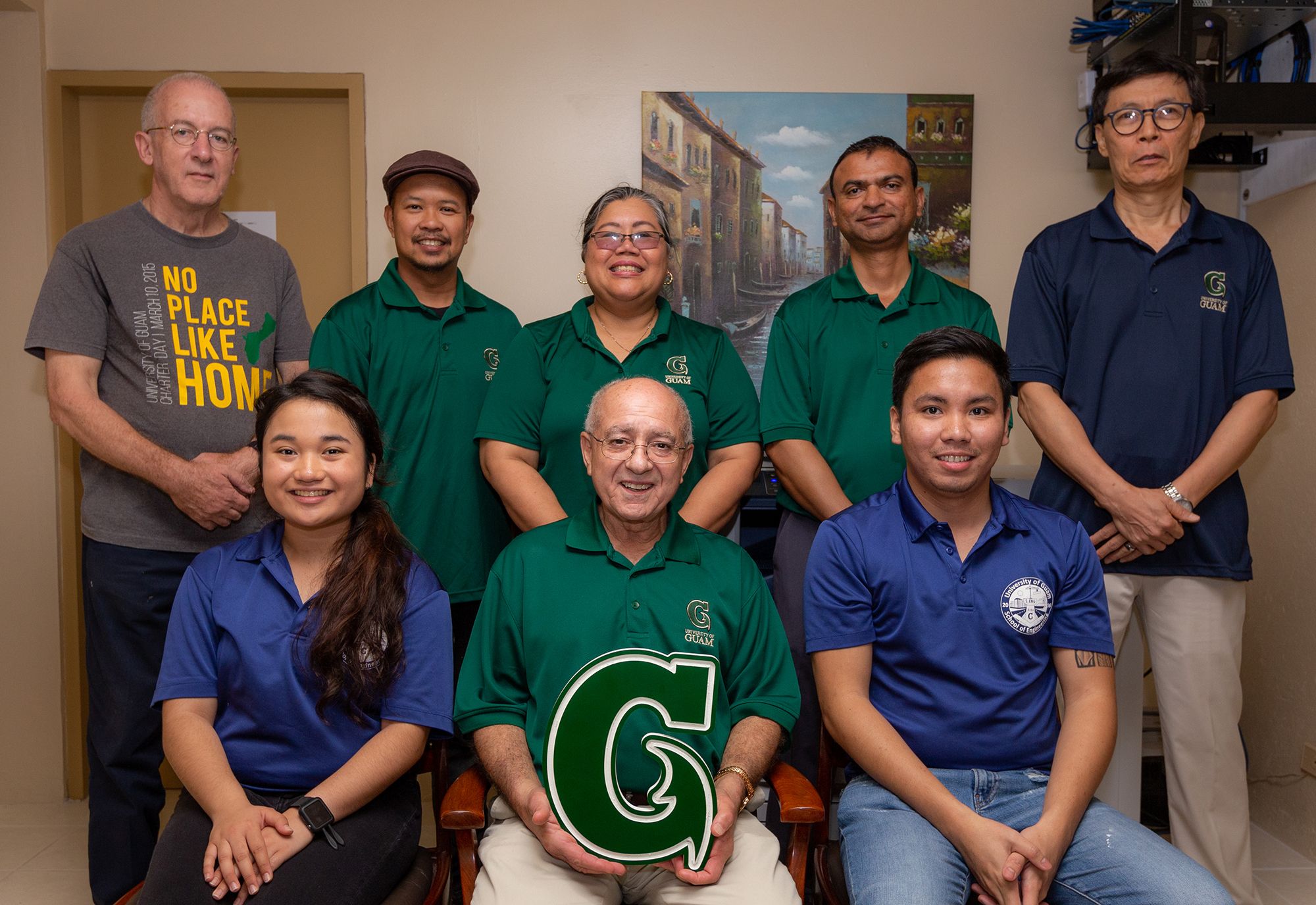 Since coming to the University of Guam in 1985 with a newly earned doctorate in civil engineering, Shahram Khosrowpanah has spent more than half his lifetime — and more than half of the University’s existence — serving UOG, the people of Guam, and communities throughout Micronesia.

In that time, he has accumulated an extensive resume of firsts for the University — earning the Water & Environmental Research Institute of the Western Pacific its first national recognition, expanding WERI’s services to other islands in Micronesia, implementing undergraduate and graduate degree programs to fill needed sectors of the workforce, and developing the region’s first School of Engineering and four-year civil engineering degree program.

And now, as he retires after 36 years, the University community reflects back on the mark he’s left on the University as well as the lives of his colleagues and students.

The embodiment of Para Hulo’

Khosrowpanah — or “Dr. K” as he is known among his colleagues and students — served for more than three decades as faculty at the University’s Water and Environmental Research Institute of the Western Pacific, 12 of those years as the director.

Under his lead, WERI was named by the U.S. Geological Survey as one of the top five federally authorized water research institutes in the nation — and it has remained a top-ranked institute in every five-year review since.

He worked to advance knowledge and capabilities in the region, which included guiding and preparing students for successful careers in needed roles in the workforce.

Khosrowpanah played an instrumental role in developing UOG’s two-year pre-engineering program in 1989, which has served more than 250 students. Several went on to complete four-year engineering degrees at other schools and now occupy senior leadership positions in local firms and public agencies, including the Guam Waterworks Authority.

He was also on the founding team of UOG’s graduate-level Environmental Science Program, which has today graduated 70 students now working as environmental scientists, natural resource managers, and educators.

“Dr. K has, in so many ways, exemplified our effort to ‘transform the lives’ of our students and ‘advance the communities’ we serve,” said UOG Senior Vice President and Provost Anita Borja Enriquez, referencing the vision of the University’s Para Hulo’ Strategic Plan. “His contributions go beyond measure.”

Following the success and enthusiasm surrounding the pre-engineering program, then-UOG president Robert Underwood proposed the establishment of a School of Engineering and a four-year engineering curriculum.

Appointed interim dean, Khosrowpanah brought the vision to fruition in 2016 and the school is set to graduate its first cohort of Bachelor of Science in Civil Engineering graduates this coming December.

“Shahram is one of the most remarkable practitioners of service at the University,” Underwood said. “His record of service is exemplary, and his commitment to producing high-quality graduates … is truly remarkable.” 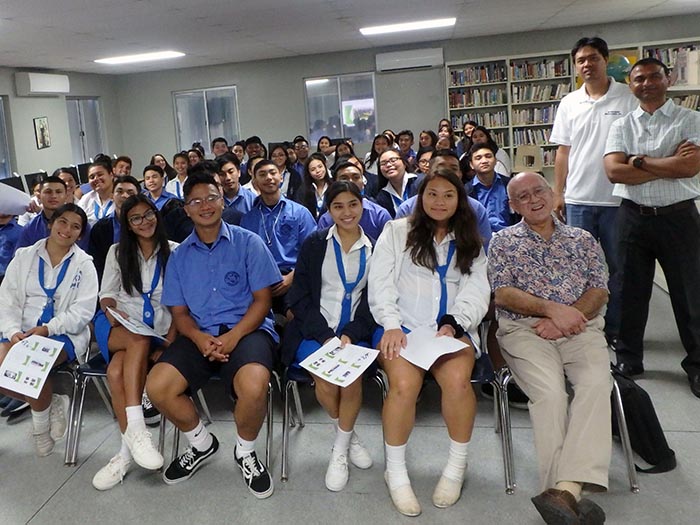 Dr. Khosrowpanah and Dr. Ujwalkumar Patil visit students at Notre Dame High School to talk about the importance of the STEM fields and recruit future engineering students for UOG.

In addition to his duties as research faculty and as the director of WERI, Khosrowpanah mentored students as well. He taught four undergraduate pre-engineering courses at UOG.

“Teaching and mentoring the eager and bright young people who enrolled became one of the joys of my career — indeed, my lifetime,” Khosrowpanah said.

Today, community leadership by his former students includes service on the UOG Board of Regents, leadership of the UOG School of Engineering Community Advisory Council, and leadership of the local chapter of the American Waterworks Association.

“His students — and those of us who watched him teach — will remember him for his classroom teaching skills, affection for his students, and commitment to their success,” said Professor John Jenson, who succeeded Khosrowpanah as director of WERI. “The clarity with which he presented complex or subtle concepts of engineering and his facility in deriving equations and explaining problem solutions were second to none.” 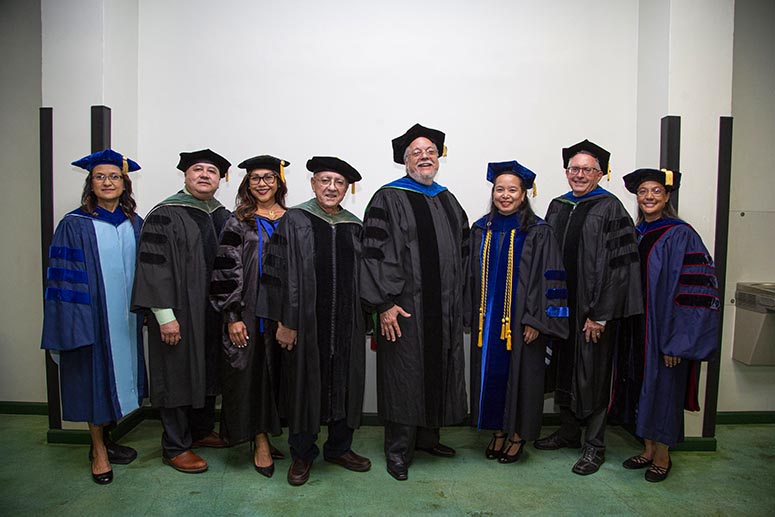 From faculty to family

Khosrowpanah was known among his colleagues for being a great leader, friend, and host.

“When I arrived in 2017, Dr. K welcomed me with open arms, took care of me, and made me feel comfortable here,” said Associate Professor of Civil Engineering Ujwalkumar Patil. “He did the same thing for the other faculty.”

His colleagues agree that one of his greatest qualities is how he treats others like family.

“He promoted unity and a sense of family at WERI by inviting us all to bring our entire families to his dinner parties,” Jenson said. “The table was always piled with Persian cuisine that topped anything you could have gotten from the finest restaurants.” 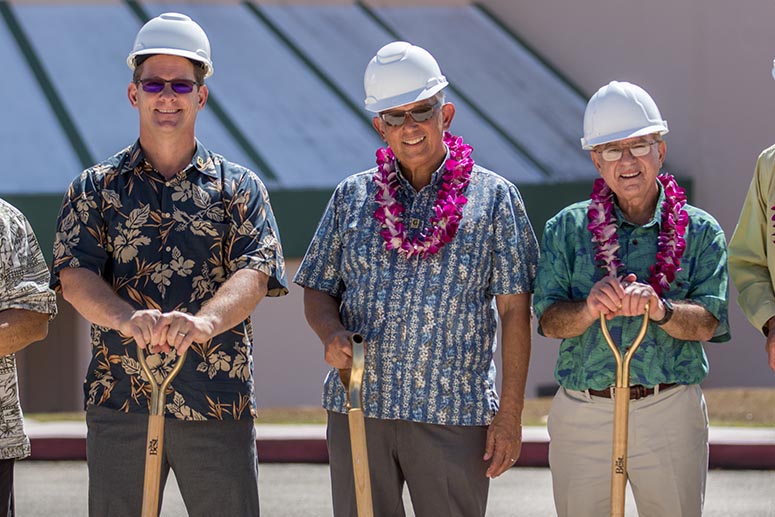 Khosrowpanah and his family plan to relocate to Tucson, Ariz. And although he will be more than 6,000 miles away, Khosrowpanah said his heart will always be in Guam.

“I have watched an entire generation of our local children grow up, earn college degrees, join the local professional communities of engineers, environmental scientists, and educators,” he said. “I am now retiring with satisfaction and pride in their success and in their contributions.”Khosrowpanah’s contributions — to the region’s water resources, the cultivation of local talent in science and engineering, and quality of life for the people of Guam and the Western Pacific region — have created a foundation for future growth, and the firsts that he pioneered for the University of Guam are now just the first of much more to come.