News & Announcements » With her UOG business degree in accounting, graduate from Chuuk eyes public service in her home state 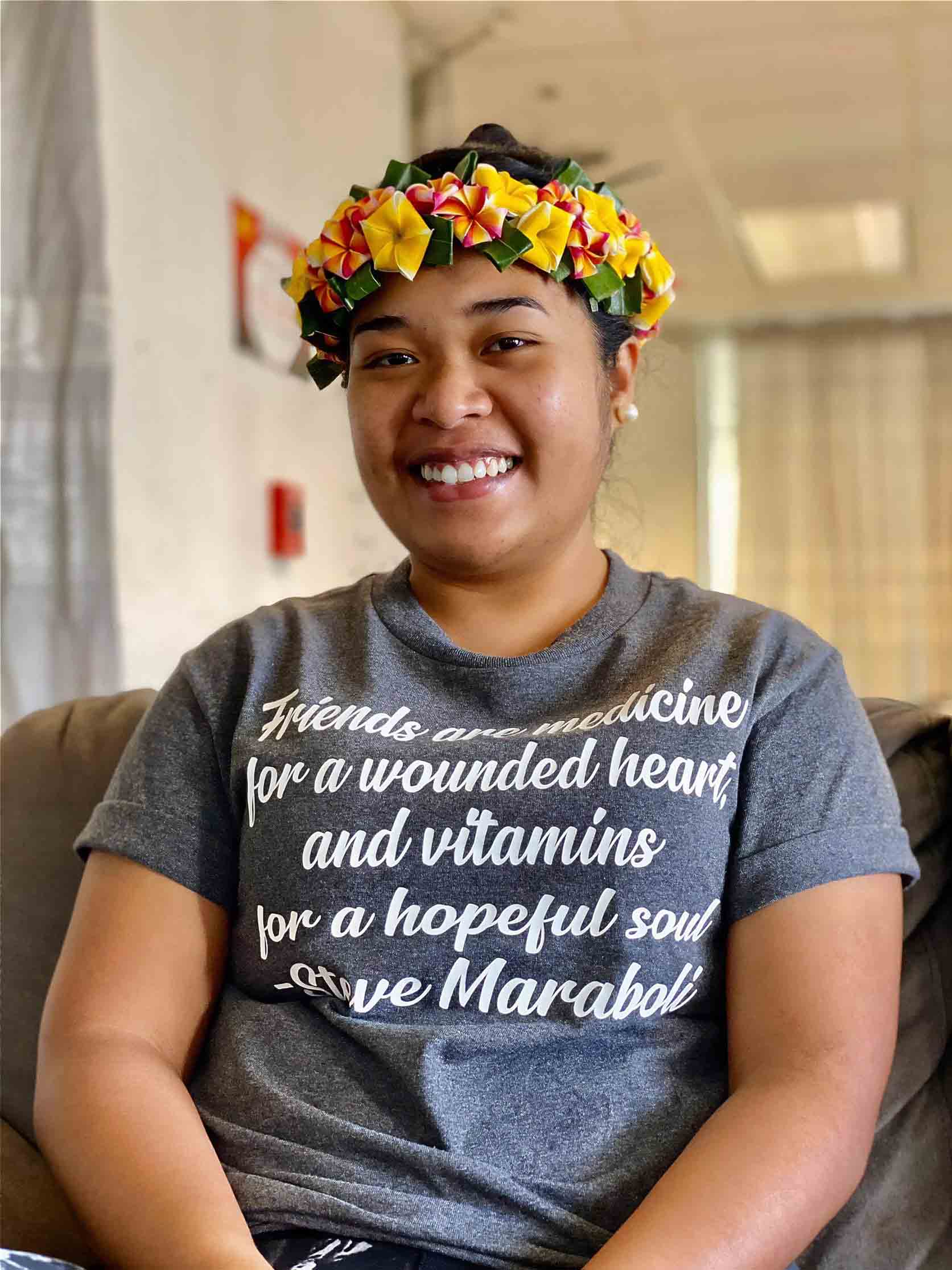 Shanna Leen Braiel will graduate with a Bachelor of Business Administration in Accounting degree on Sunday, Dec. 18, 2022, at the UOG 2022 Fanuchånan Commencement.
❮
❯

After Shanna Leen Braiel receives her diploma on Sunday at the University of Guam Fanuchånan 2022 Commencement, she plans to go opposite the path many other youths from Chuuk in the Federated States of Micronesia have taken.

Many working-age residents of Chuuk have left their home state to seek jobs in Guam, Hawaii or the continental United States, a migratory pattern long documented in reports about the impacts of the FSM’s free-association agreement the United States.

Braiel plans to head back home, to Chuuk. She wants to work for the government in Chuuk with her soon-to-be received degree in finance.

“I believe it is something we need,” she said.

Nearly 250 other graduate and undergraduate students will receive their diplomas on Sunday at 2 p.m. in the Calvo Field House.

She plans on giving some of her early years as a professional working for the Chuuk government because she feels a sense of obligation to serve, and, ultimately, she hopes to become a public auditor.

She shared her belief that greater accountability in public finances will lead to improvements in public services to the people in her home state.

The daughter of Herner and Mathela Braiel is the youngest among her siblings and follows the path to post-secondary education that several in her family have laid out before her. Her older sister, Victoria, graduated from the University of Guam. Her other siblings – Victor, Mavrick, Marylou and Sirena graduated from other colleges.

While studying at UOG, Braiel faced challenges with English as her second language, she said.

During some of her classes, she faced difficulty understanding certain lessons – especially if the teacher talked fast, she said. Undeterred, she sometimes stayed back after class to clarify what a professor said. She did not hesitate to ask some of her classmates to help clarify what she heard.
And before speaking, Braiel said, she hashed out thoughts before saying them out loud.

“So many times, I had to stop and try to translate it in my head first,” she said. Her strength is math.

She loves math and finds it easy. Braiel gives one of her math teachers, Yoster Shirai, at Berea Christian School in Chuuk, credit for how she began to love math.

“I just remember enjoying the class and learning about solving for unknown variables and PEMDAS,” she said, referring to the acronym for Parentheses, Exponents, Multiplication, Division, Addition and Subtraction. “My teacher made it easy to understand. And it was fun,” she said.