Home » Isla Center For The Arts » Our History

The current Guam culture is a reflection of the complex history of the region. Anthropologists debate the origin of the Micronesian peoples who apparently are related to both the Polynesian and Malaysian cultures. When the Spanish arrived on Guam in the 16th century, they made a permanent imprint on the indigenous Chamorro culture. After three hundred years of Spanish rule, Spanish words, customs, and the Catholic religion became an integral part of Guam life. Following the Spanish American War, the United States assumed control of the Philippines, Guam, and the Trust Territories in 1898. In the intervening century, except for the Japanese occupation during WWII, the English language and the American culture all but subsumed the Chamorro and Spanish cultures. In the last decade, as international luxury tourist hotels have begun to crowd the beaches and fast food restaurants have sprung up by the score, Chamorros are once again refocusing on their heritage and are attempting to rediscover their origins. 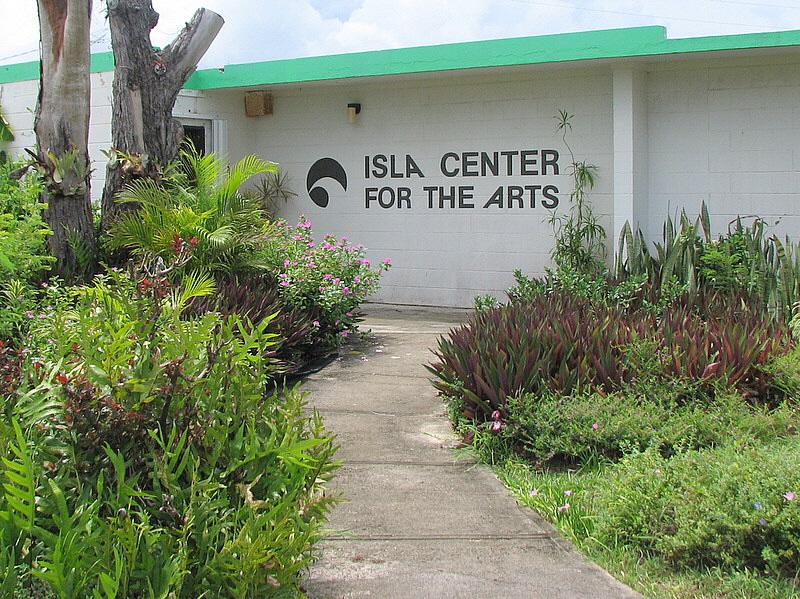 In 1980, when a new arts center was being organized, the committee searched for a name to reflect the history of the island. The name chosen was Isla, the word for 'island in both the Spanish and Chamorro languages. The impetus for founding the Center came from the community itself who perceived a need for an art gallery with a broader scope than the modest gallery on the island managed by the Guam Council for the Arts and Humanities Agency (CAHA) which served as the venue for local artists to exhibit their work. (This gallery has since burned down and Isla remains the only non-commercial gallery on the island for the exhibition of fine art.) Since the CAHA gallery existed to focus on local artists, Isla directed its efforts to focus on the arts and crafts of all of Micronesia and on art of the outside world.

Although the Center began as a private corporation and was not an integral part of the University structure, the founding impetus came principally from the University art faculty who became the majority of the Center's new governing board. The University also provided the facilities for the Center and paid the salary of the Director. In 1994, the Center formally merged with the University, an arrangement which allowed artistic autonomy but provided needed administrative and fund-raising support. Specific University support was provided in the form of a small operational budget, an additional full-time position for the Assistant Director, and several student assistants.

In the last ten years, as the Center has grown and its outreach into the community has expanded, Isla has seen its annual attendance grow from a low of 328 visitors in 1984 to the current level of almost 20,000 visitors per year.