For University of Guam theater alumna C.J. Ochoco, the stage can be a medium not just for entertainment, but for raising social awareness. Regardless of socio-economic status, Ochoco said the stage should be an accessible platform for performers, the audience, and lifelong learners.

Ochoco, the president and co-founder of the community theater group Breaking Wave Theatre Co., also believes in compensating performers and theater personnel for their hard work.

“We are trying to help spur this idea that we can have a creative economy — that we are no starving artists,” she said. 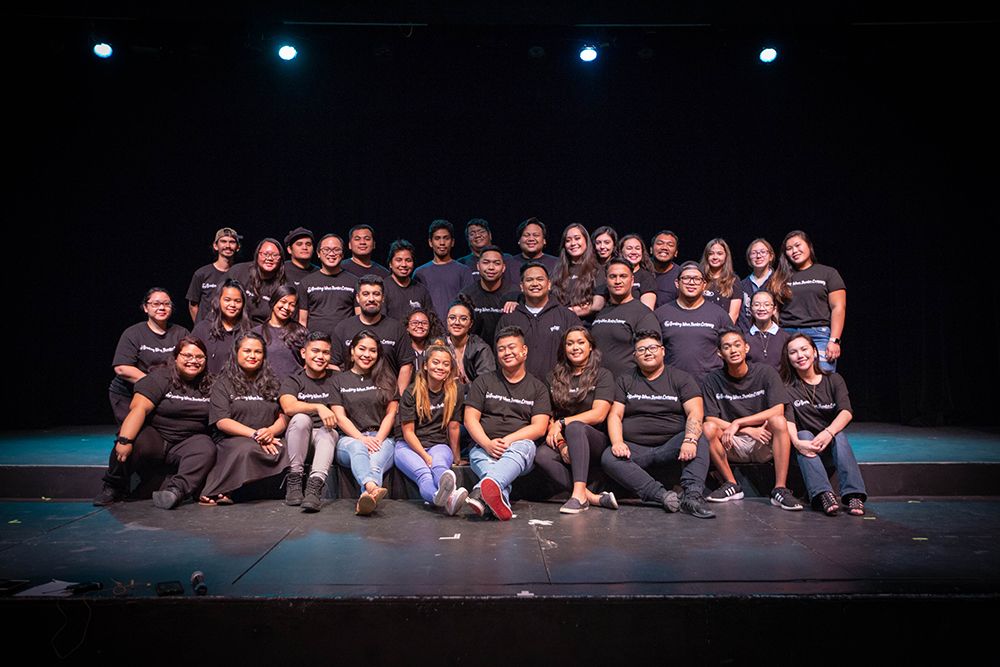 While her name has become quite familiar in the theatrical circles on the island, Ochoco almost pursued a different educational path after high school.

After graduating from high school from Harvest Christian Academy in 2009, Ochoco enrolled at Azusa Pacific University, a private educational institution in California. But she missed the island so much that she made the decision to return after her freshman year. By 2010, she was enrolled as a sophomore at UOG.

“I started as a pre-med major because that is what my family really wanted me to do. But I took an introduction to theater class just for my general education credit. I had done theater in high school, and I did a lot of music from middle to high school. I really love the arts,” she said.

Enrolling in the class renewed her love for the theater. The following semester, Ochoco took another class, this time in stage management under Associate Professor Michelle Blas. That year Ochoco finally decided to transition into the theater program.

“Even though I enjoy biology and chemistry, I realized that my life passion was really more in the arts,” she said.

Ochoco officially declared her major in 2011. At that time, there were only 10 people in the program. “‘There really weren't a lot of us, so we had an opportunity to do everything. I think that is what I really valued about my time at UOG. My focus was stage management, but I still had the opportunity to work on lights and sets. Even though I didn't like it, a couple of times, I did act. But I felt it did make me a well-rounded person.”

Ochoco also found a healing and supportive space in the theater program. Here, she is part of a community of artists, actors, and other people with shared interests and goals.

“I went through a lot of struggles early as a young adult, like being diagnosed with clinical depression. I realized that the arts are what really helped me find healing. That kind of became my life goal — not just to do theater and become a stage manager, but really to use theater to help other people, especially young people,” she said. 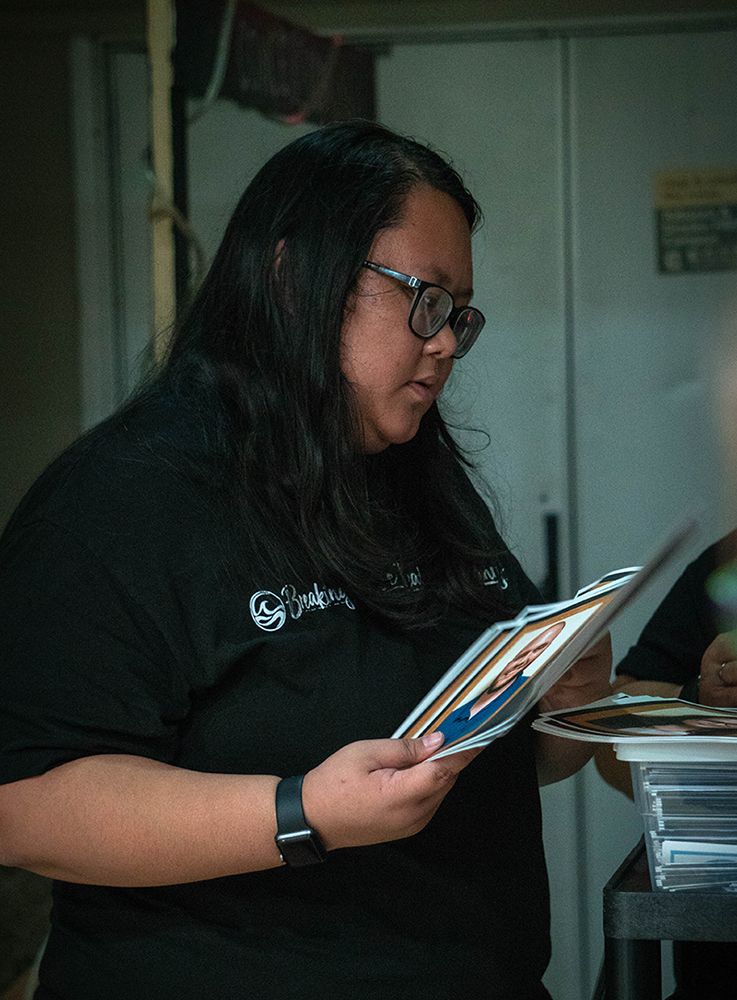 A start-up is born

Ochoco graduated from UOG in 2016 with a bachelor’s in fine arts with a theater track and a stage management focus. She wanted to immediately continue her studies off-island but decided to forego her plans until later to save money for graduate school.

She found a non-theater related job after college as a program coordinator for the University of Maryland on Andersen Air Force Base. But then in 2017, she and a couple of other alumni started thinking about creating a theater company on Guam.

Finally, in January 2018, Breaking Wave Theatre Co. was born as a community-based theater company, according to Ochoco. UOG theater alumni Christian Jay Santiago, Jerome Ocampo, and Joey Datuin helped Ochoco build the company. Sierra Sevilla, who moved back to the island after getting her master's, rounded up the team who co-founded the company.

“We wanted to relate Breaking Wave to Guam. ... We wanted it to be this idea that a wave travels to the water and it breaks to the surface after it accumulates the power it needs to become a wave,” Ochoco said.

Ochoco compares this to the years of training and hard work each theater professional goes through before finally breaking out and pursuing the next phase of their theater career.

The original intent of the company, according to Ochoco, was to provide opportunities for theater alumni so they could beef up their acting resume. This mission soon expanded, giving alumni experience behind the scenes, too, in the technical aspects of stage management and design.

“From there, we kind of just evolved into a theater where our whole mission is to promote lifelong learning through theater. We want to offer an opportunity for theater technicians and actors or people who want to learn those things to get experience,” she said.

Through grant funding from the Guam Council on the Arts & Humanities Agency, Breaking Wave produced the theatrical version of “Tuesdays with Morrie” by Jeffrey Hatcher and Mitch Albom in April 2018. It would be the company’s debut into the local theater scene.

Since then, the company has organized various workshops on stage management and costume design. It also organized an improvisation acting class. 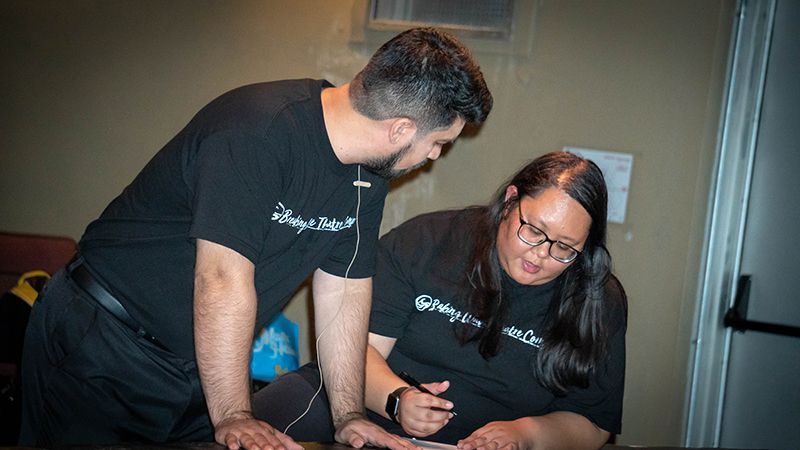 A show on the road

Breaking Wave started this year with its newest production, “21 Chump Street” a 14-minute musical by Lin-Manuel Miranda, paired with a showcase called “Enamored” of original plays, poems, songs, and films created by local artists. The production premiered in March at the UOG Fine Arts Theater.

“21 Chump Street” is a cautionary tale based on a true story of a high school honors student who falls for a girl and goes to great lengths to oblige her request for marijuana in the hopes of winning her affection. The twist is that she is actually an undercover cop planted in the school to find drug dealers. 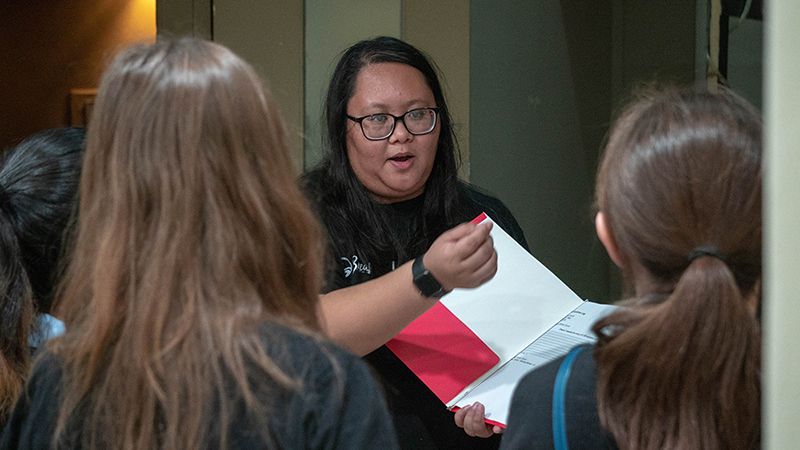 Ochoco said “21 Chump Street” is all about teaching kids that there are consequences. “It teaches about the ramifications of peer pressure and drug use in schools,” she said.

True to her idea of promoting a community-based theater, Ochoco brought the production to several local middle and high school students. The company also organized workshops where the kids engaged in discussions about the themes in a positive way.

From stage to real life

“I really value the time I had during the program, as I genuinely feel it has made me into the person I am today. I do not think I would have accomplished what I have thus far without the training I received through this program,” she said.

She said her time as a theater student was more than just learning how to act, direct, and do other aspects related to theater.

“I was able to grow my critical thinking skills, learn how to present effectively in front of an audience, and gain real-life skills that I use in my career today,” she said. “The UOG Theater Program has a great blend of theory and application, and the hands-on experience the program provides is priceless.”