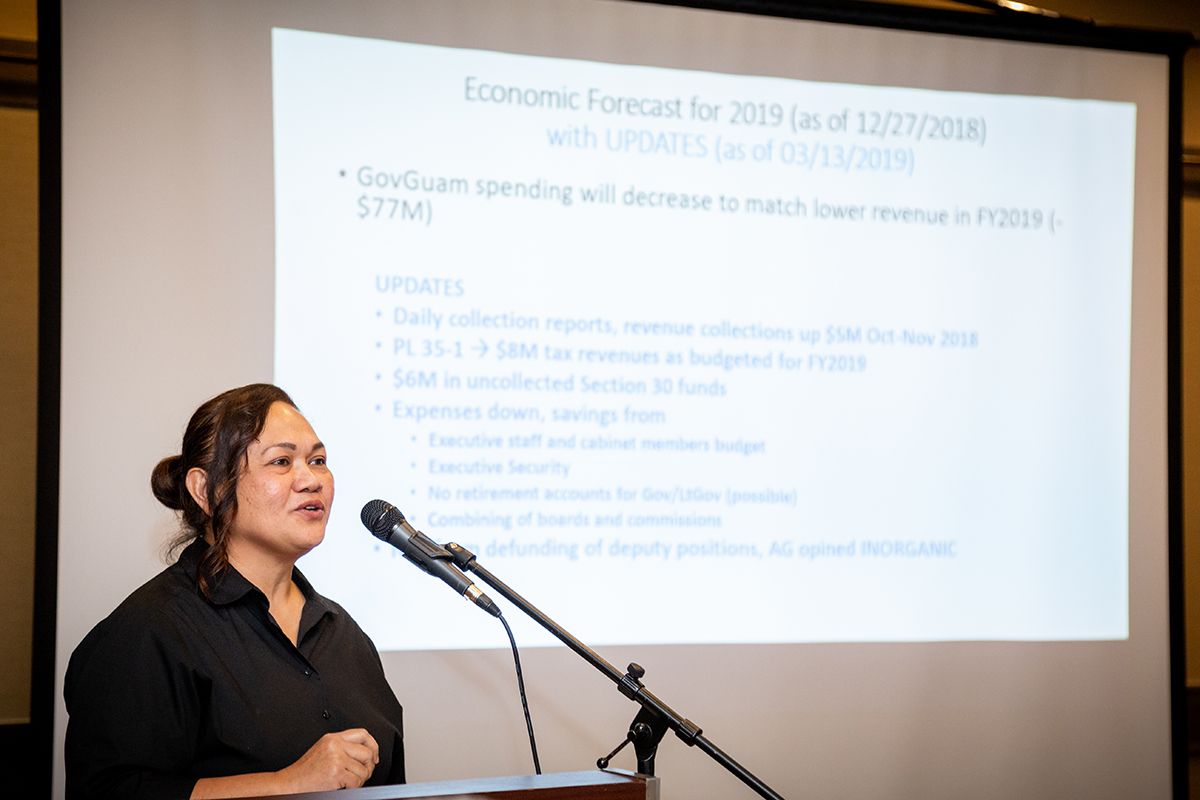 University of Guam Professor of Economics Maria Claret Ruane delivers an economic update for business and government leaders over a luncheon on March 13 at the Hyatt Regency Guam.

University of Guam Professor of Economics Maria Claret Ruane provided an economic update for business and government leaders over a luncheon on March 13 at the Hyatt Regency Guam. She highlighted new data and her latest predictions since the December release of the “2018 Guam Economic Report” by the Regional Center for Public Policy at UOG’s School of Business & Public Administration.

“The theme seems to be our economy is growing, except that that growth has been slowed,” Ruane said. “But there are some really promising developments.”

Co-authored by Ruane and research fellows Alex Aflague, Rebecca Casimbon, and Luisa Tenorio, the report likens Guam’s $5.2 billion economy to be a three-legged stool, where the legs are tourism, the military and federal government, and local businesses, consumers, and government.

Updates from her presentation include: 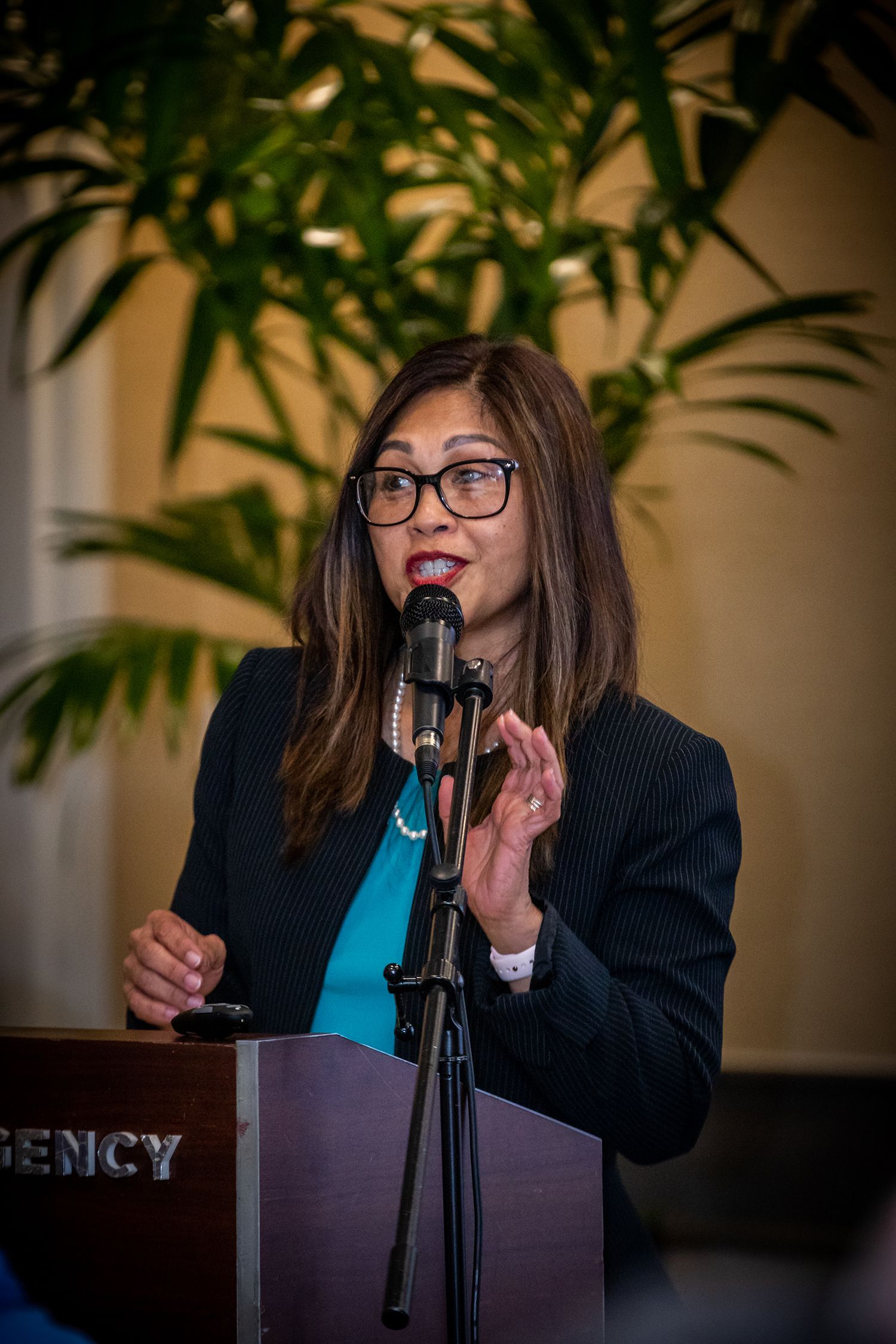 Significantly, the inflation rate in 2018 reflected some of the effect of the Business Privilege Tax increase from April, which hasn’t impacted prices as much as expected.

“Inflation less than 5% is still pretty much predictable. As businesses, you can still make plans expecting prices will go up, and it’s not something to keep investors from investing into our economy,” she said.

This economic report is an example of how UOG can partner with the local community, UOG President Thomas W. Krise said.

“The University of Guam can be part of the solution to every problem that we face in Guam and the region,” he said. “This report is an important way of looking into the future and seeing the opportunities and threats that are facing us and thinking of ways that the university can help.”

The dean of SBPA, Annette T. Santos, said the Regional Center for Public Policy, which is now in its third year, was developed to capture the data and research behind the various projects happening within the school.

“We hope that this economic report serves as a resource to plan business ideas and business strategies and that it moves beyond Guam as we engage members of our regional community as part of this forward movement in economic development,” she said. 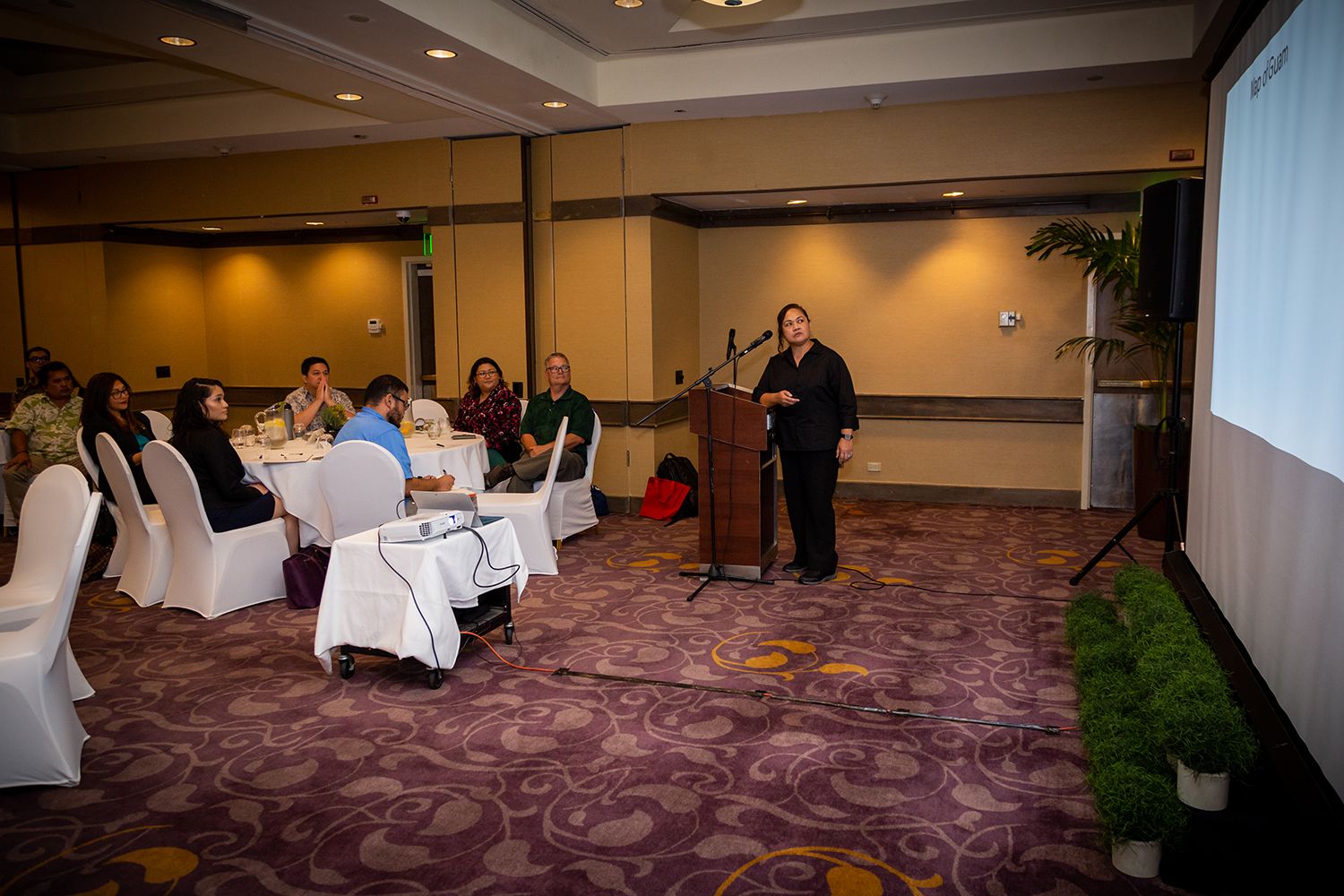