Jeried Calaor, a Master of Science in Biology student at the University of Guam, joined about 450 other researchers from around the globe in August for the 18th International Bat Research Conference in Phuket, Thailand, to present his thesis work on the threatened Mariana fruit bat. 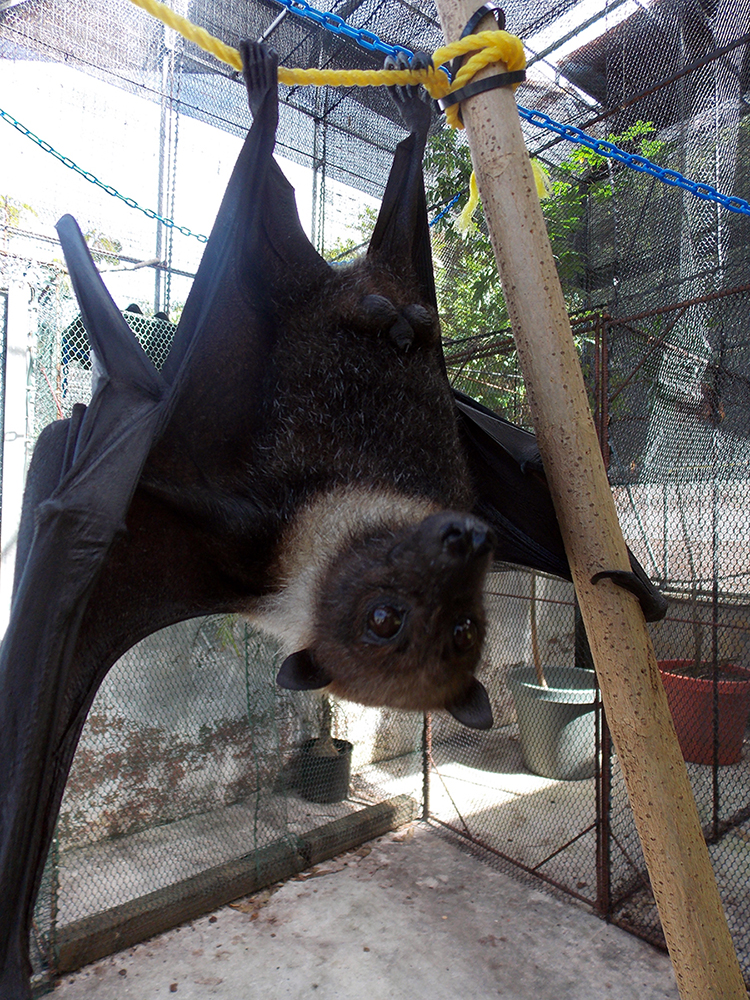 His research focused on the bat’s role as a seed disperser, a critical function to maintain forest biodiversity and health.

“Overall, it was really a positive experience,” Calaor said. “It was my first international conference and the first time I presented to an international audience. And I was able to learn from other researchers who are facing the same issues with their bat species.”

The conference aims to bring together scientists to share new findings and innovative ideas on conducting research and, most importantly, the future of bat conservation. Bat populations around the world have declined, and more than 180 different species are listed as critically endangered, endangered, or vulnerable.

Today, only 45 to 50 fruit bats remain on Guam because of poaching and habitat destruction.

Ever since human activity began detrimentally impacting forests and the brown tree snake wiped out nearly all birds, the fruit bats have been one of the few seed dispersers left standing. A better understanding of their ability to disperse seeds is critical for conservation efforts for both the bat and forests.

For his research, Calaor studied how well the fruit bats, known locally as fanihi, dispersed the seeds from a native fig tree Ficus prolixa.

Calaor fed four bats living at the Guam Zoo fruit from the trees and then collected seeds that either passed through their digestive systems or were ejected from their mouths after chewing them. He then planted each to compare germination. After a month, he found that “ejecta” seeds had greater germination rates than those found in the bat droppings.

Ejecta seeds are typically left behind near the parent tree, while seeds from the bat’s droppings end up further away — which is more beneficial since it helps ensure growth elsewhere.

Despite the lower germination rates, the study suggests there is still dispersal occurring across longer distances, Calaor said, which reaffirms the bats’ important role and supports the need to restore and better protect them and their habitats.

During the 10-day trip, on a kayaking tour organized by Lindstrom through remote islands, Calaor was able to witness something he has never seen before: hundreds of bats swarming above.

“It was a moving experience for me because we only have 50 bats, and seeing them is really rare,” he said.

The biggest takeaway from the conference for Calaor was realizing Guam isn’t alone in its fight.

“There are a lot of people who put their time, money, and efforts into researching endangered species to try to bring back their populations,” he said. “That was special for me to see because there are people out there to lean to for advice, tap into their experience, and learn their methodologies to make the research better.”

Calaor’s travel to the conference and research work were supported by the Research Corporation of the University of Guam and the College of Natural & Applied Sciences.