When Reggie Mae Dionisio started nursing school, she spent hours in the lab meticulously folding sheets and tucking in corners until they were perfect. She also studied the different types of sheets and which direction they should face because she was determined to master her first skill. However, there were times when self-doubt sank in, making her question whether or not she was capable of accomplishing her goals.

Bedmaking eventually became second nature as she shifted her focus to increasingly more complex tasks. It wasn't until she looked back at the end of her undergraduate journey that she could see how far she'd come and that she had proven her self-doubt wrong time and again.

“Throughout the years, I’ve always been nervous if I’m doing things correctly or if I’m up to par with the expectations of others,” she said. “Eventually, I realized that I should only be trying to meet my own expectations, and I should be confident in who I am and the knowledge I have.”

As a student at George Washington High School, Dionisio researched different career paths in the medical field. Nursing immediately stood out to her because of its patient-centered approach and hands-on learning environment. After receiving the Merit scholarship — a full-ride government of Guam scholarship that she earned as the salutatorian of her school — Dionisio enrolled at the University of Guam to begin her nursing journey.

“I grew up wanting to be in the medical field. I fell in love with how patient-centered nursing is and how it aims to help people,” she said. “You’re really there with the patient every single day, helping them get better.”

At the beginning of her student nursing journey, Dionisio found it challenging to learn the medical concepts and develop her skills. Her biggest challenge of all was overcoming self-doubt, so she reached out to her peers who were going through a similar experience. Over time, they built a close-knit community that supported, helped, and guided each other throughout their college years.

Her support system also consisted of her family, her other half, and childhood friends. Dionisio mentioned that her biggest supporter was her mother.

“My mom always encouraged me to do my best and told me she was proud of me no matter what. Whenever she noticed that I was studying late at night, she would cut me fruit and make me coffee. She would always tell me that she loves me.”

For Dionisio, the people in her life and having a strong support system were the major factors in helping her overcome her self-doubt.

After graduation, Dionisio plans to take a short break before studying for the NCLEX board exam. Her goal is to become a registered nurse for the operating room at the Guam Memorial Hospital. 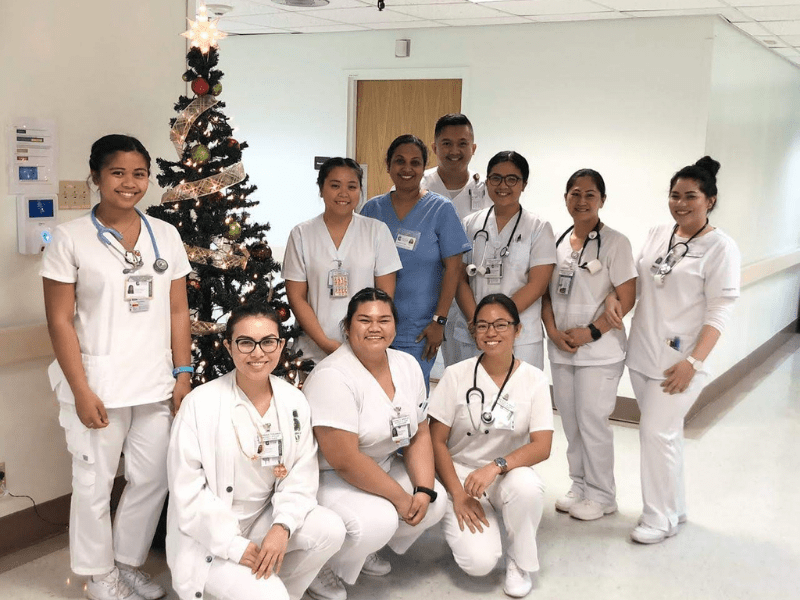 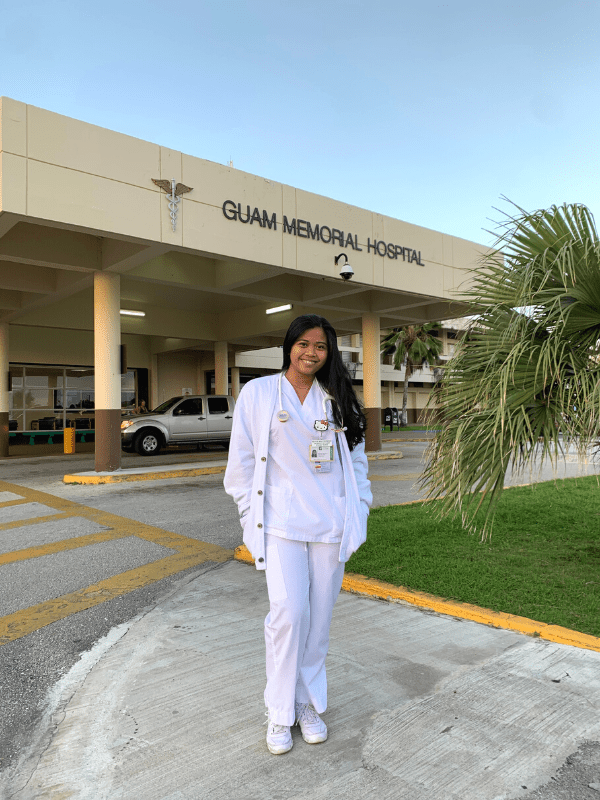 Reggie Mae Dionisio stands in front of the Guam Memorial Hospital after her medical-surgical rotation. 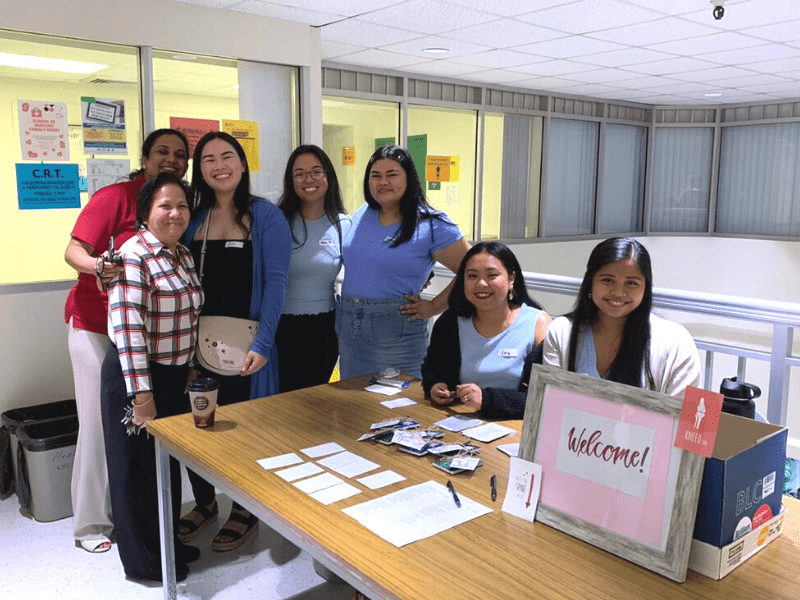