The Center for Island Sustainability-House 32

Check out why we're the Greenest Building on Campus! 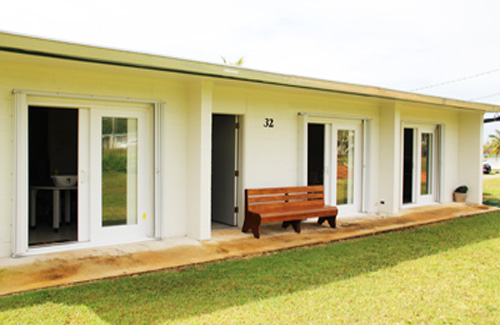 This house was originally built in the 1960s, making it about 50 years old. In early 2010, the Center for Island Sustainability-UOG, then took it under their wings to serve as their model for full island sustainability. Some of the main features that you will learn more about down the line include: Energy Efficiency, Energy production (Solar), Water Harvesting and Purification, and food production. As an added bonus, you will get to see some of their "green" rides.

Some of the main features of this house that make it much more energy efficient than other homes include: 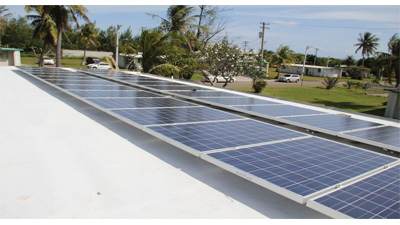 Aside from painting their roof white, CIS has also installed a6 kilowatt solar array system on its' rooftop. However, with their efficient design and energy conservation practices already at play their system produces more power than they actually need. In December 2011, CIS paid about $40 on their energy bill. A typical building like CIS at the Dean circle pays anywhere between $400 to $2000+. 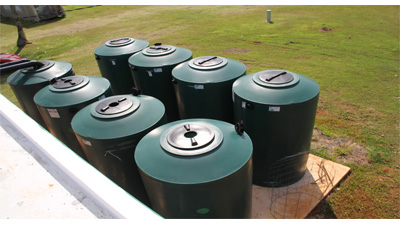 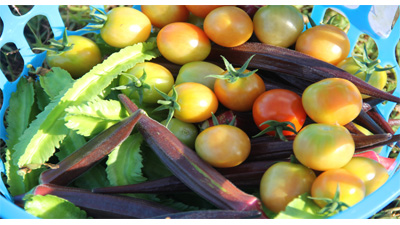 Most of the produce you see at the stores is more than likely imported from somewhere else. This process takes a lot of energy and takes away from the natural process that your produce would normally go through to ripen. This takes away much of the nutrients involved with such process. 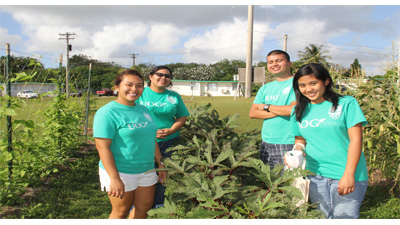 The greenest thing to do to get somewhere on campus would be to walk. That's what the staff and interns at CIS have been doing. However, after the donation of a GEM E4 electric car by CarsPlus and the conversion of a golfcart to include solar energy, these folks have been getting around much easier and greener.

These "rides" do not ever have to see a gas station. One of the vehicles plugs into a regular 120 volt outlet that charges the car for 5-8 hours. With CIS's power meter spinning backwards, it costs nothing to charge this ride! As for the golf cart, all that needs to be done is to park it under the sun, and that's it! The solar panel on its' roof charges the cart automatically! The best part about these "rides" is that aside from not needing to go to the gas station, they also do not emit any Carbon dioxide into our atmosphere.