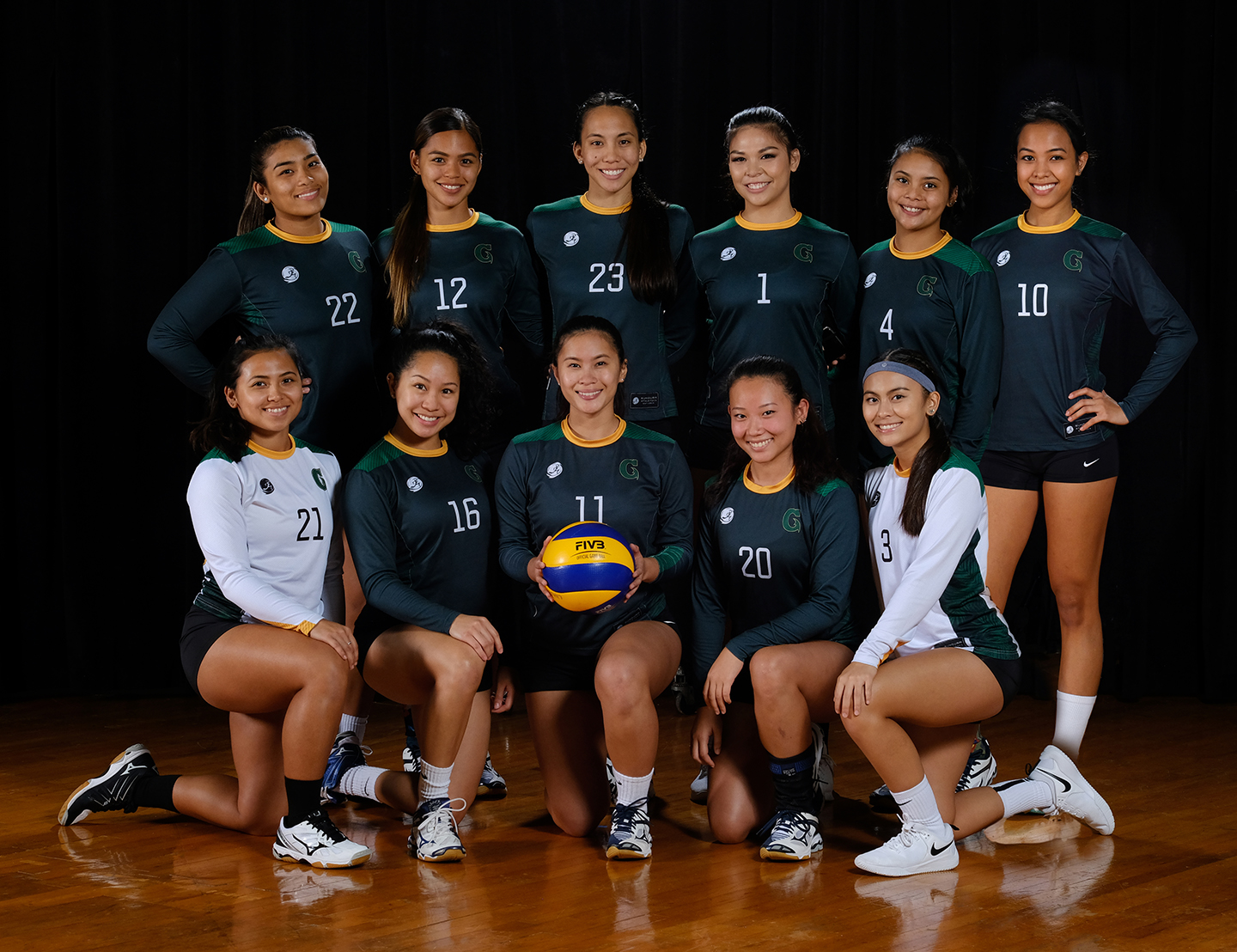 The University of Guam Varsity Athletics Program had another solid fanuchånan semester of athletic competition in its four varsity sports. UOG varsity sports were 39-1 in the fall of 2017-18, but such a high standard would prove hard to duplicate in 2018-19, but UOG put up a very respectable overall 16-8 record in its combined four sports.

Leading the way was the Women’s Volleyball Team, which won its third straight Guam Women’s College Volleyball League title in September and early October. The team compiled an 8-0 record and has been undefeated (24-0) the three seasons the league has competed. The league was made up of the UOG Tritons (Varsity), UOG Tridents (Club), Guam Community College and Pacific Islands University. 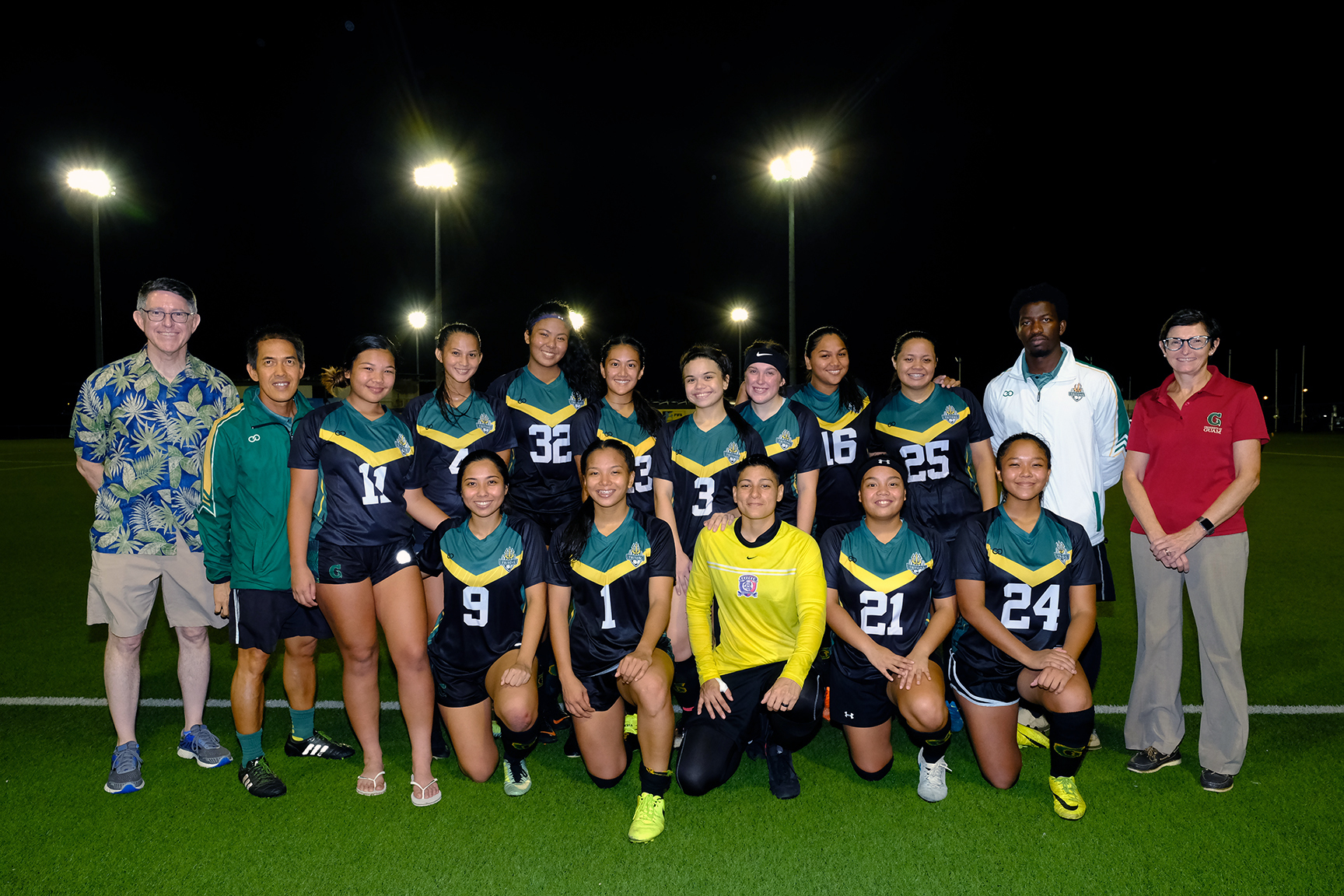 The UOG Women’s Soccer Team is 5-0-0 for the fall semester in the Guam Football Association’s Bud Light Amateur Women’s League and has made pretty easy work of the other five teams in the league, outscoring their opponents 20-1 in their first five matches and winning by scores of 7-0, 5-0, 4-0, 2-0, and 2-1. The 2-1 victory over the Bank of Guam was a dominate victory for UOG, as they controlled the ball for 80% of the match. Their 2-0 victory over Venue Slay may have been the opposite of the BOG match as Slay kept the ball the majority of the game time, but UOG was able to break free for two goals. The Lady Tritons have developed a “fast break” counter-attack style that has led to many one-on-one situations with the opponent’s goalkeeper. Ariya Cruz (8 goals) and Elisha Benavente (7 goals) lead the league in scoring. And the Lady Tritons have a very strong defensive backline that has kept the pressure off the goalkeeper in four of their five matches.

The Triton Men’s Soccer Team has a 2-1-0 record for the fall and are in fourth place of the GFA Budweiser Amateur Men’s League. The Tritons opened their season with an 8-6 loss to the rival Islanders, after UOG blew a 4-1 lead at halftime, their defense collapsed in the second half to be outscored 7-2. UOG came back from the loss to win two matches 11-0 over the Omega Warriors and 2-0 over the Andersen Bombers.

Both soccer teams return to action in late January and will play weekly until late March or early April. Both teams will also compete in the Challenge Cups that will be played after their regular seasons are done, combining the Premier and Amateur Leagues together to determine the best men’s and women’s teams on Guam. 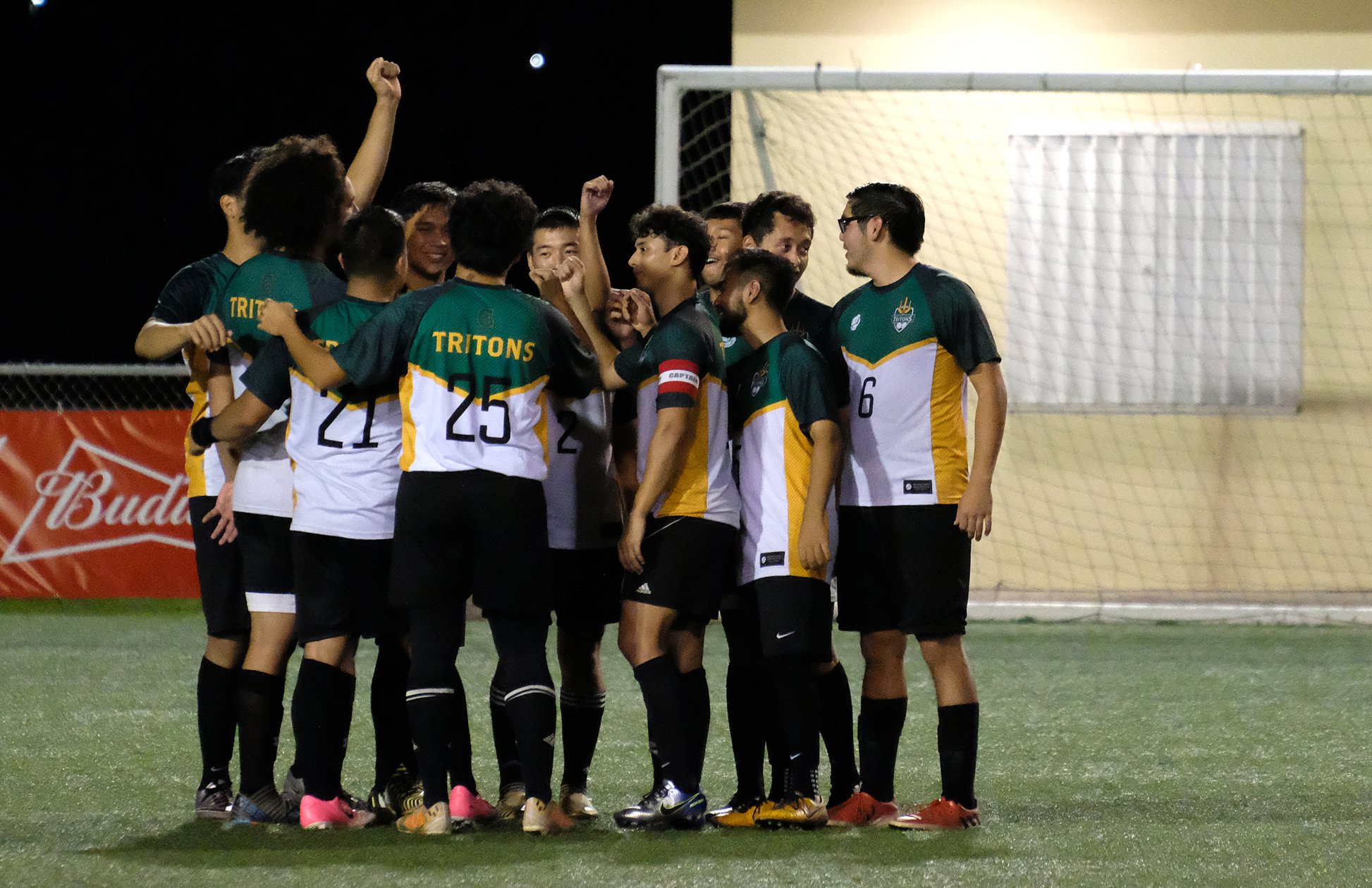 The UOG Men’s Basketball Team has struggled in the fall semester of 2018. After a 30-0 year in 2017-18, the Tritons are off to a 1-7 start. UOG lost all four mainland players from last year’s team as well as the top two to three scorers from the local 2017-18 recruits. Returning National Team player AJ Carlos has had a recurring ankle injury for most of the fall that has slowed down his game or kept him off the court. UOG brought in a new group of mainland players, but two have left the team already, and the Tritons struggled against much bigger competition in the Bomber Basketball League this fall. New mainland player Logan Hopkins has shown potential as a three-point shooter, but as the only real shooting threat on the team for the fall, he was well-covered by opponent defenses in the second half of the fall season.

Men’s basketball and the two soccer teams will play the largest part of their athletic schedules in the fañomnåkan (spring) semester. Women’s Volleyball has no leagues to play for the spring. 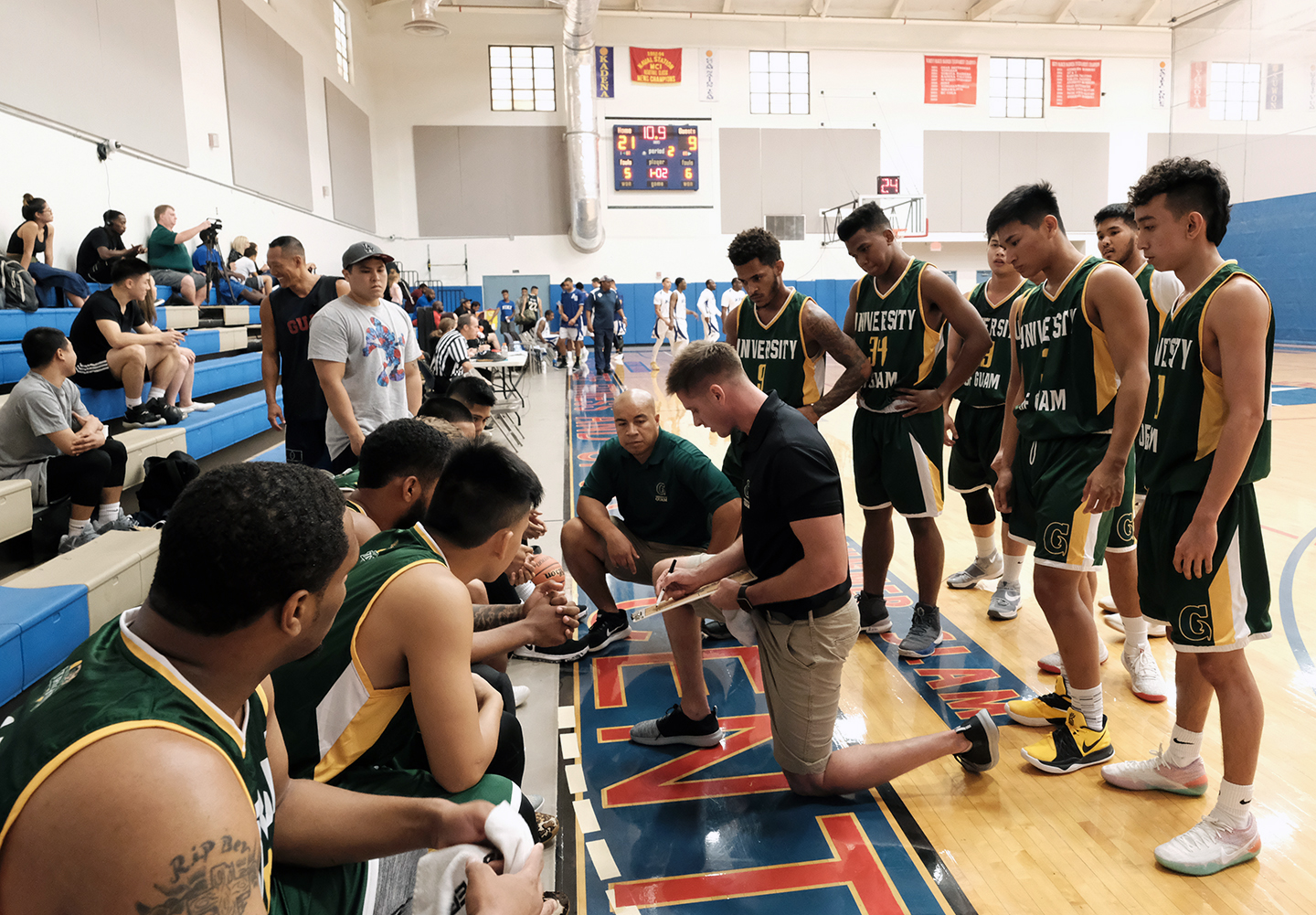 UOG Recreation will form a Trident Women’s Basketball League from January to early March and a Trident Men’s Volleyball League later in the spring semester.

Triton Athletics will sponsor a Student-Athlete Reception on May 28 to bring a close to the 2018-19 varsity athletic year.