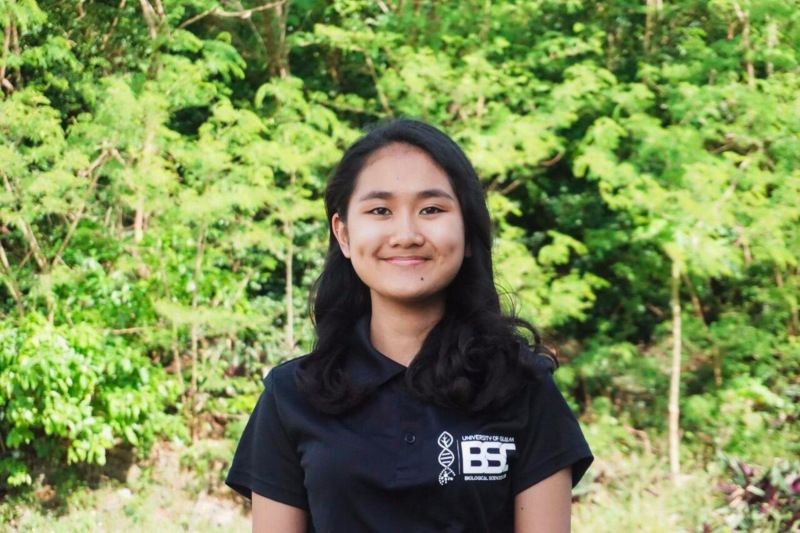 This June, University of Guam sophomore Serena Barasi will start a two-year conservation leadership program at the University of California, Santa Cruz. Barasi was among 20 students, or 8% of applicants, who were accepted into the Doris Duke Conservation Scholars Program. The program exposes college students to the field of environmental conservation through field research, leadership, and professional training.

“In terms of environmental conservation, there are currently many threats to Guam’s environment and endemic species,” Barasi said. “As an aspiring scientist and someone born on Guam, there is nothing I yearn for more than to be a part of a generation that creates solutions to these problems.”

The program is split into two eight-week summer internships, which both include a $4,000 stipend. The first year integrates conservation design, leadership, and research experience while the scholars travel with a close group of peers and mentors. During the second year, the scholars intern with a conservation organization or agency.

“Serena is a great choice for this program because she is academically solid — majoring in both biology and chemistry — works very hard, and is enthusiastic about learning and conservation,” said Professor of Biology Curt Fiedler, who recommended Barasi for the program.

In the future, the Barasi’s sights are set on helping Guam.

“As an individual, I just want to help improve the earth, which, of course, includes Guam and the people who call it home,” Barasi said.