From its inception, the Herbarium has benefited from the patronage of botanists worldwide that specialize in the flora of the western Pacific. The late Dr. Herb Wagner of the University of Michigan first arrived on Guam soon after the U.S. military invasion in July 1944 and began collecting plants almost immediately. Dr. Wagner, along with two other botanists, Dr. David F. Grether and Dr. Sid Glassman, drove around the island in a jeep documenting the botanical diversity, their surveying abrubtly halted on occasion when they were met with enemy sniper fire. From these studies, Wagner and Grether were to publish The Pteridophytes of Guam in 1948. That same year, Dr. Glassman published A Survey of the Plants of Guam, although he is better known for his comprehensive Flora of Ponape, which appeared later. Perhaps the most important post-war collector has been the late Dr. Ray Fosberg, then of the U.S. Geological Survey, who collected on Guam and many other Micronesian islands. From these early visits, he published the The Vegetation of Micronesia in 1960, advancing the region's botany considerably. Drs. Fosberg, Wagner, Grether and Glassman have contributed to the Guam Herbarium in many ways, including identifying and contributing specimens and from serving as mentors to the curators of the Herbarium. Other recent botanists that have also immeasurably enriched the Herbarium through their generous donation of expertise and specimens include Dr. Art Whistler, now at the Lyon Arboretum in Honolulu and Dr. Dale Thomas, recently retired from the University of Louisiana at Monroe. 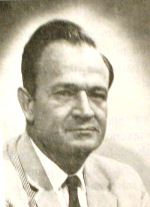 The College of Guam was founded in 1951. In 1962, Benjamin C. Stone, an assistant professor in the Department of Biology, established the Herbarium as part of the department's program of research designed to facilitate teaching. Over a period of four years, with the aid of some of his students, Dr. Stone built up a reference collection of plants of Guam and, later, plants from other parts of Micronesia. An exchange program was established, which enriched the herbarium with specimens from other countries. During this time, Dr. Stone also started the university's journal of science, Micronesica. The Herbarium collections provided the chief basis for his Flora of Guam, which was published in the journal after Dr. Stone had moved in 1964 to the University of Kuala Lumpur, Malaysia, where he continued to publish on Guam's plants until his passing in 1994. His Flora remains the most comprehensive account of a Micronesian island flora to this day. 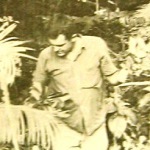 Curatorial duties in 1964 passed to Dr. Margie Falanruw who maintained and enlarged the collection until she left in 1971 for the Yap Islands, where she founded the Yap Institute of Natural Science and continued to contribute to the Guam Herbarium. During this time, the marine algal collection was initiated and its number of specimens began to swell, almost entirely through the efforts of Dr. Roy T. Tsuda, now Professor Emeritus of Marine Biology. Then in 1971, the plant collections were moved from their original home in Building A to the newly constructed Science Building, the Herbarium's present home. Curatorship also passed to Dr. Doug Smith who was succeeded in 1981 by the present curator, Dr. Lynn Raulerson. Her knowledge of Guam's flora benefited from tutelage under Dr. Fosberg at the Smithsonian Institution, as well as with Mr. Phil Moore, M.Sc. (botany), a long-time resident of Guam who had also studied with Drs. Fosberg and Stone. Mr. Moore contributed a large and important collection of Guam material. Since 1981, the collections of phanerogams and pteridophytes have more than pentupled in size, from 7,500 specimens to nearly 53,000 today and by 10,000 specimens alone in the last ten years.

Ray Fosberg and Margie Falanruw team up to subdue a reluctant specimen, Tinian 1985